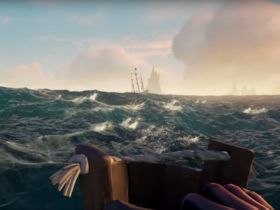 Sea of Thieves Takes you to the Sea with Ship Battles, Skeletons and Pirates – Latest Gameplay Shows Promise

In our previous Vampyr guide, we have seen about tips to increase stamina in Vampyr. This guide is about Vampyr recipes and we will talk about recipe for headache treatment. The game, by Dontnod Entertainment, released on June 5, 2018. The announcement for Vampyr first came in E3 2017. This action role-playing video game is published by Focus Home Interactive. Vampyr is playable on PS4, Microsoft Windows and Xbox One.

Vampyr is set in London during the Spanish Flu in 1918. The game is dark and has supernatural elements also. You play as Dr. Jonathan Reid, the doctor who has turned into a vampyr recently. The protagonist is struggling his recent condition. He is finding it hard to decide between his newly gained blood thirst and the Hippocratic Oath.

A big part of the game is the major choice between draining the blood of the civilians or curing them. The civilians can contract various diseases from fatigue to headache to a life-threatening death. To maintain the borough health, you will need to treat them of any illness they have. Most of the recipes will be found by progressing through the main missions but three of the treatment recipes are not found in the main missions – headache, migraine and Neuralgia. This guide will show how to get the recipe for headache treatment in the game.

Vampyr Guide: How To Get Recipe For Headache Treatment

Please not that if you have not played the game yet, then continuing below can give spoilers about the game.

During one of the story’s earlier key decisions, spare Nurse Crane at the Whitechapel Dispensary. You will be able to purchase the headache treatment recipe from her later on. Spare her and keep her as a medical merchant.

But, if you embraced her, you can still get the recipe. As you exit the cemetery in Whitechapel, search a dead body on the left side to find it. You can find it only after you have attended Mary’s funeral. That’s all you need to do to get Vampyr recipe for headache treatment.

October 17, 2020
Load More
Please support this website by adding us to your whitelist in your ad blocker. Ads are what helps us bring you premium content! Thank you!