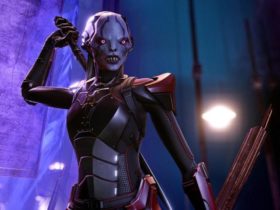 Neocore Games’ Warhammer 40000 Inquisitor – Martyr Steam early access is coming soon. NeocoreGames is well-known for The Incredible Adventures of Van Helsing game series. This week it is finally coming after being in alpha stage for 6 months.

Warhammer 40000 Inquisitor – Martyr is a complex ARPG game. The game is set within the Warhammer 40K universe and show the dreary future of the 41st Millennium. As per Warhammer 40K  Steam page, the game completion is near about 70%. So the developers are expecting that the Steam Early Access phase continue for 6 months.

Warhammer 40000 Inquisition – Martyr will be available on Steam Early Access on August 31. The full game will launch in early 2018. The game will release for PS4 and Xbox One.