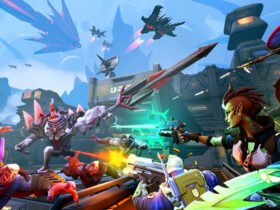 Nintendo held a 3DS-centric Nintendo Direct yesterday, where they announced a whole bunch of games coming to their handheld system. In case you couldn’t watch it and don’t want to shift through a bunch of articles, here are all the major announcements Nintendo made in one convenient place, in rapid-fire fashion.

-Zelda: Skyward Sword is out on the Wii U eShop right now

Also, check out these key details about the Nintendo NX that were reported this week.