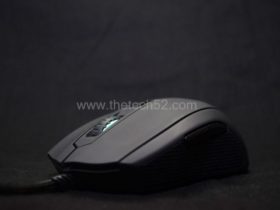 I would like to start by saying that, this VR headset is not in the categories of the HTC Vive or the Oculus Rift, this VR unit is a modified and upgraded version of the Google Cardboard made specifically of smartphones.

The Zebronics ZEB- VR is consumer electronics company Zebronics’ first step into the VR frenzy which is going on nowadays. This headset is aimed at the entry-level market and for those people who want to get the touch of VR with just for the fraction of the price.

The headset is completely built out of plastic. The plastic is not of the highest quality, but not cheap feeling either. The quality of the build is somewhat in between the premium sector and the low-end build. But, inclining towards the premium sector more.

Unlike the Google Cardboard, from which it takes its inspiration, the Zeb VR has very comfortable head straps made of elastic which gives you a tight fit no matter what your head size is. But, if the elastic doesn’t do its job or if it’s not comfortable enough then no worries, the straps have Velcro patches on them making the straps even more adjustable, according to your needs.

It has a thick foam padding on the inner side of the unit for extra comfort while using for VR related activities. The padding is of good quality and has a tough layer of rexine over it so, it will last long.

Now, let’s come to one of the major parts of a VR headset, that is the lenses. The lenses are of really good quality. For the cheap price we are getting this headset for, Zebronics sure have not compromised when it came to the quality of viewing. The headset can accommodate phones ranging from 4.5 inches to 6 inches. Below 4.5 inches is not recommended as the phone edges will be visible through the lenses, which is not ideal. The headset comes with pupil distance adjustment and focus adjustment knobs which are a really useful feature.

Now, the question arises how good is the VR experience on the headset?
Well, the answer to that mainly depends on your phone’s hardware and screen. As far as the Zeb VR is concerned it is very comfortable to use and holds your phone nicely and firmly so that it does not fall off. I tried many VR games from the PlayStore, it was fun to play the games.

I used the VR headset as my own 1-person movie theatre and the experience was satisfying as with the large opening for the charger and earphones you can plug any earphones and have a great time.

For all the tech geeks out there who want to buy this or any other VR headset based upon Google Cardboard and use Vridge to play steam VR games, they can definitely do that but the major part is played by your phone as it should have a large enough screen and should have a Snapdragon 801 or equivalent processor to play those games fluidly on your phone using the VR headset via the Vridge software.

The Zebronics Zeb VR headset is a must buy for all those who want to get into the fun of VR at a really affordable price. This is a good quality product form Zebronics and will be worth your money. 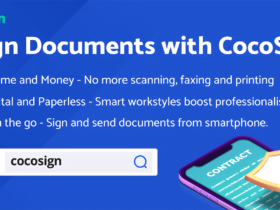