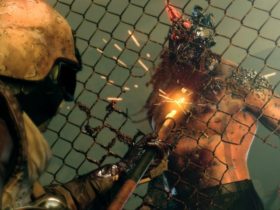 What Metal Gear Survive Needs to Do to Impress

PlayerUnknown’s Battlegrounds is one of the most popular Steam games as of recently. The game will be getting some new content as an extra mode which allows players to play as zombies and kill survivors.

This idea is definitely interesting and may actually be a success. On Twitter, the community manager for battlegrounds mentioned that optimizations are the main focus for the game and this will not be a part of the base game and only an added mode.

Inspired by @PUBGpartners on @Twitch, zombies are coming to PUBG. There's no ETA yet but here's a sneak peek. #PUBGxE3 pic.twitter.com/IKKAZnl4Ml

We’re excited to see the new content which awaits the game. For more updates, stay tuned.