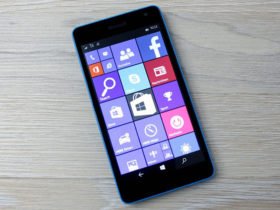 “Another year, another Call of Duty.” We may have heard this often. But recently, this could change as Activision may face tough competition from EA’s Battlefield franchise in 2016. That’s what the well-known industry analyst, Michael Patcher thinks about the next year’s FPS battle.

Electronic Arts confirmed that there will be a “military-based” Battlefield game releasing in 2016. This comes after the epic failure of police and crime oriented Battlefield Hardline. DICE also recently told its fans that the core team has now moved to the development of the Battlefield 5 after shipping Star Wars Battlefront. Will it be a new entry in the Bad Company series? We don’t know yet.

Patcher, in the latest episode of PatcherFactor, said “If ever there was a year where somebody could knock Call of Duty off the top, it’s this coming year.” He also added “I encourage EA to take advantage of the opportunity with Battlefield 5, if only DICE can get multiplayer right.”

On the other hand, Activision hasn’t yet confirmed the next Call of Duty game for 2016. As per the new three year development cycle, Infinity Ward would be taking the steering wheel this time. Could we expect a new Ghosts game? Let’s see if Activision finally ditches the futuristic timeline and go back to the basics. Yeah, we all want a next gen World War II shooter from Activision.

Do you agree with Patcher’s words? Can Battlefield 2016 finally triumph Call of Duty? Let us know!