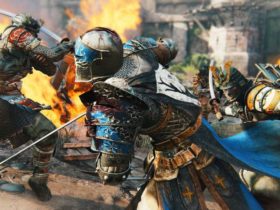 Upcoming For Honor Patch – More Heroes and Maps Coming in May

Developed by Ubisoft the classic game of Brawlhalla is finally released for mobile devices. It is a platform fighting game, free to play for everyone. The game consists of characters from different worlds and era who fight for glory in different stages. From WWE superstars to Hellboy and ben10 characters, you can become anyone and fight with any other character. it gives you a wide variety of character selection.

The game allows a player to choose from 50 different characters which must be unlocked. You start with about 10 unlocked characters and choose to play with them. The game is well poised and give a good old feeling of 2D fighting games with today’s game physics and graphics. After finding a huge success on other platforms such as steam and Nintendo switch. It aims to reach the same amount of players on mobile devices both on android and iOS.

Brawlhalla is giving new character to all the recent download of the game on both the platforms for a limited period of time.