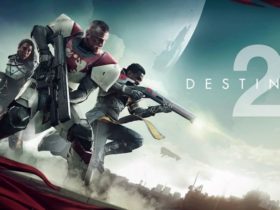 Destiny 2 is Coming, Here’s What We Know So Far

Call of Duty: Black Ops 3 is getting another DLC. This time however, it’s about zombies; and it costs quite a lot.

The DLC is called Zombies Chronicles and will set you back a staggering $30. The price may be quite different from the norm of $15 dollars which includes downloadables, skin packs and maps. This latest DLC is planning to bring remastered versions of the previous Zombie modes from Call of Duty World at War, Black Ops 1 and 2.

If you’re planning to get the DLC when it releases on the PS4 on May 16th, you’ll get a slew of different bonus items, which include:

You’ll also get a few Zombie related themes, a few other in-game bonuses as well like double XP for the next 8 days. This is a great pickup if you want to relive the previous zombie modes, especially the World at War one, which was one of my favorite.

Even though this DLC costs a bit much, the included 8 Zombie maps from the previous game remastered, and that seems well worth the price.

We know that Zombies Chronicles will have a release for the PS4, but the Xbox One and PC release haven’t yet been officially announced by Treyarch. Although, we may see the reveal soon enough.

Black Ops 3 was released back in 2015 and is getting its latest DLC after a while. This seems to be a problem when you have a split fan base, with games being released every year, some people just don’t switch to the latest games -Infinite Warfare in this instance- and you have half the player base in Black Ops 3 and the other half in the newer games.

With Call of Duty: World War II coming in November, we’re definitely excited what variation the game brings to the series.