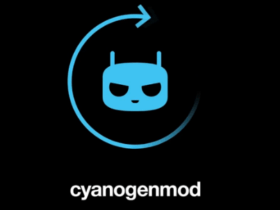 CyanogenMod To Leave Its Legacy Behind

It’s been quite some time since we’ve seen a full-on discussion about an upcoming Far Cry game release. Leaks and rumors have started floating around about the upcoming Far Cry 5 and its setting. While nothing is yet confirmed, the leaks seem interesting and are possibly even true.

Great Falls Tribune reported Far Cry 5’s possible era of setting. A church in north-eastern Montana prairie is said to be featured in the upcoming game. We also know that the producer Jeff Guillot mentioned a while back, their endeavors filming scenes for their newest global release -“a man fighting with another man near a hanging bell as a train rolled by on the tracks a half-mile away”. This could possibly be a live action trailer or even a CG part of the game.

There were initially a lot of speculations whether or not this could mean the upcoming Rockstar release Red Dead Redemption 2 but from what we know about that game so far, it’s based in Hope County.

But, we do know it’s not Red Dead Redemption but instead, Far Cry 5 because Kotaku’s inside man Jason Schreier confirmed that on NeoGaf.

Now onto the release date. If we look into the past, the most likely time Far Cry 5 will be announced is E3 2017. We’re going to be seeing two games set in the wild west. Even though Red Dead Redemption 2 is pretty hyped up as is, the new setting for the newest Far Cry game makes it certain there will be some series competition.

Whether or not any of the rumors are true, Ubisoft really need to step up their game to compete with Rockstar. It is certain that we may not be seeing the games released side by side, especially since Rockstar is known for their delays, it would be a pretty nice prediction that Far Cry 5 will be out in November.

What do you think of the upcoming Far Cry game? Do you think Ubisoft made the right choice of developing a game set in the Wild West and possibly competing with Red Dead Redemption 2? Comment below.