Home Guides Call Of Duty WW2 Guide: How to Get Tesla Gun in Nazi Zombies Mode 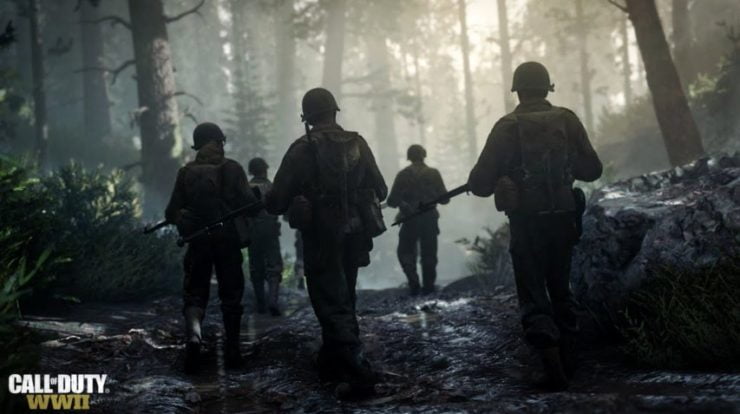 There is a new story-based game mode in this game called the Nazi Zombies mode where four players team up to survive a horde of zombies. This is a challenging game mode mainly because of the massive number of zombies you will have to contend with. The ultimate weapon to combat the zombie horde is the Tesla Gun. And if you get it, you can pretty much be an unstoppable force against zombies. This guide will show how to get this weapon in the game.

Call Of Duty WW2 Guide: How to Get Tesla Gun in Nazi Zombies Mode

Then, go to the middle of the area with the fire trap and activate it. This will clear out the sewer area and force you to deal with a few Pests. Kill them all and the generator will finally turn on. Go to the bunker area and activate the crank in the middle. This will cause a pit to open up.

Now, go to the Morgue area and activate a device on the wall with the labels ‘Aus’ and ‘Ein’ on it. You will have to activate a second device within a limited time after you activate this one so be ready. Activate this device and run to the other end of the morgue. Find a similar second device there and flip the switch.

Now, your entire team should go to the Salt Mines. Reach the bottom most area and activate the strange machine there. Zombies will enter the red area so kill them all. When the orange smoke covers the area, go back up to the bunker.

Now, you need to activate the Geiskraft device. Push the red button at the top most area of the bunker. The device will either go to the morgue or the laboratory. Wherever it goes, your team must follow it. The device will start the construction of the Tesla Gun part at its destination and after its finished, it will pick up the part and take it back to the main bunker area. You need to defend the device from any attacking zombies.

After the device takes the first part back to the bunker, well, you are gonna have to repeat the whole process again to get the second part of the gun. Be patient, the gun is awesome. Once the second part is in the main bunker area, go to the large round table in the centre of the bunker and activate the device on it. Each person on your team gets a Tesla gun allowing you to kill zombies with extreme prejudice.