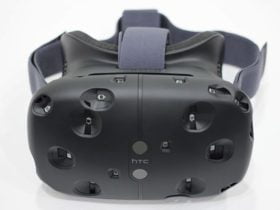 The Dark souls 3 PC Patch has been rolled back, will be reinstated later

A patch released by From Software last week to address rampant hacking on PC version of Dark Souls 3 has been removed due to performance issues introduced by it.

The game was updated last week in order to address widespread hacking in the game, wherein hackers were able to get other players softbanned by dropping hacked items or striking them with hacked weapons. This was done after multiple reports of players getting banned online due to hackers

Despite addressing some of the issues, the patch introduced a number of performance problems for many players. Players reported experiencing continuous micro stuttering and game freezing for a second, with the latter issue occurring frequently throughout players’ playtime. Also while the game screen was frozen the game itself would continue to run in the background causing unnecessary deaths and giving rise to frustrating scenarios. Others have reported experiencing significant frame rate drops in many areas post patch with some not being able to even launch the game.

The cause of the issues have not been elaborated upon by From, who have now rolled the PC version of the game back to its pre-patch state. From has issued a statement on Dark Souls 3’s steam page stating: “The patch has been removed temporarily to fix the freeze issues. We hope to reinstate the patch ASAP. If you fall victim to one of the bugs previously fixed, don’t worry, you won’t be penalized. We will keep you posted as soon as we have more info. Thank you for your understanding.”