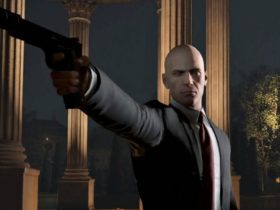 Deus Ex Human Revolution Director’s Cut is now available to play via backwards compatibility on Xbox One, Microsoft has announced. The Director’s Cut version was released in 2013, two years after the release of the original version of the game.

The Director’s Cut version includes many improvements. These include the addition of a new game plus mode, some graphical tweaks and reworked boss fights. The game also comes bundled with The Missing Link add-on and a bonus mission.

Critical reception to Deus Ex Human Revolution was highly positive when it initially released. However, the single biggest complaint of both gamers and critics alike were the boss fights. These sections, critics complained, deviated too much from the stealth focused and open ended nature of the gameplay. These sections were not developed in house by Eidos Montreal but were outsourced to a third party developer, GRIP Entertainment.

The reworked boss fights include hacking and new areas to allow players to approach these fights in a different way,

The sequel Deus Ex Mankind Divided is scheduled to be released later this year on August 23 for PC, Xbox One and PlayStation 4.