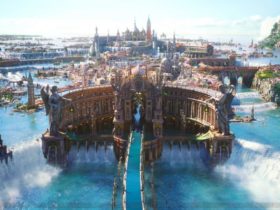 Driveclub is a racing game released for PS4 last year. It recently received the Bikes expansion.

According to recent tweets from game director Paul Rustchynsky, the game will be getting new updates next month and next year subsequently.

What’s being called as not the first technical update, adds an interesting new feature of tyre deformation. Prior to this, Driveclub added Self Shadowing Parallax Occlusion Mapping – or SSPOM as a visual enhancement.