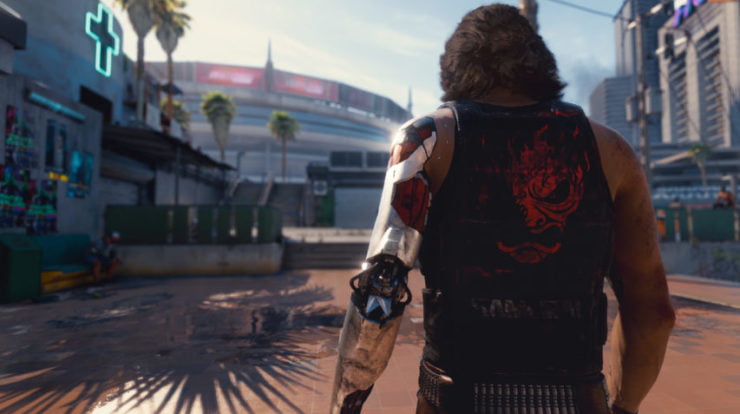 After years and years of development, CD Projekt Red has finally given fans some hope regarding Cyberpunk 2077. The first person RPG was announced back in 2012 and after seven years, we’ve a concrete release date of summer 2020. But the bigger news is that it’ll feature the fan-favorite, Keanu Reeves.

For those who aren’t aware, Cyberpunk 2077 is based on the board game, Cyberpunk, which was released in the late 80s. The game is heavily based on the setting and characters from the board game. Cyberpunk 2077 takes place in the fictional Night City based in Northern California and its outskirts called The Badlands. Players take role of the protagonist who is known as V. Players are allowed to fully customize their character’s appearance such as hair, skin, physic and more. Keanu Reeves plays the character of Johnny Silverhand who is already dead and is seen through the V’s memories. Silverhand is expected to play a major role in the plot of the game.

Tons of details regarding the gameplay were also revealed. Players will have special abilities such as hacking into bionic arms of an enemy and make him shoot himself and stuff like that. Wall-running, seeing through objects are some more of those. CDPR also confirmed that players will be able to romance their characters with in-game NPCs. However, romances in Cyberpunk is expected to be more robust and detailed in contrast to The Witcher 3. This is because in The Witcher 3, players had to play with a predefined character of Geralt. The case is otherwise with this one as customization of your character is the first thing you do which affects the outcomes.

Weapons in Cyberpunk 2077 have both lethal and non lethal modes. Interestingly, due to this fact, players can complete the entire story mode without killing even one enemy. Dialogues happen in real-time unlike between pauses in other RPG games.

A multiplayer mode will not be present during launch but later can be added. Also, modding support won’t be there at launch. Additional features like Photo-mode, explorable sky-scrapers, multiple ending were confirmed by the developer at E3. Vehicles will be available to explore the beautiful dystopian retro-futuristic landscape. Your vehicle can be summoned at any point on the map. However, you can’t fly one of those as opposed to the trailers.

Over 40 minutes of gameplay was revealed which you can check out below. More will be released during PAX West later this summer. It is slated for a 16 April 2020 release in PC, PS4 and Xbox One. It will also support Nvidia’s RTX ray tracing feature. Stay tuned for more news.