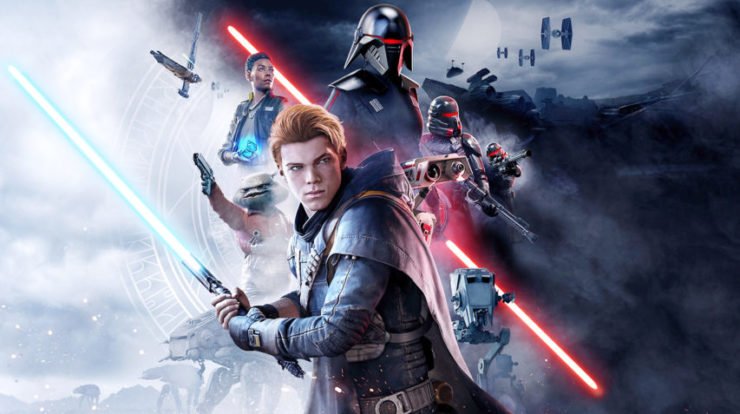 The long-rumored third person action adventure Star Wars game was finally shown daylight at this year’s E3. It’s developed by Respawn Entertainment (but with a new team and God of War’s director) and will be published by EA later this year. We got an in depth look of the gameplay and story at the show.

Star Wars Jedi: Fallen Order puts you into the shoes of Jedi Padawan Cal Kestis and is based around the events after Revenge of the Sith. Kestis manages to escape clone Order 66 and is now on the run from the Galactic Empire. Throughout the campaign, players will face storm troopers, get into boss battles and face inquisitor who is trained to eradicate the remaining Jedis.

From the alpha gameplay which was shown, it looks like the game is a mix of various genres with players getting a similar feel to God of War, Uncharted and even Prince of Persia games. From absolutely destroying your enemies with your light saber to performing some platforming to puzzle solving to wall running, the game is a blend of each of these with a large linear open world for you to explore.

Comparisons have been drawn to Star Wars: Force Unleashed and Metroidvania games by the developers. There’s a large interconnected open world to to be explored by players. The light saber lets you do a bunch of stuff like holding up to block incoming bolts and hitting ’em right back in the face of enemies if timed correctly. Also, Kylo Ren’s freezing powers are an important part of the combat as well as puzzle solving situations.

Star Wars Jedi: Fallen Order looks very promising and we would love to share more with you as new details surface. It will be released this November 15 on PC, PS4 and Xbox One. Stay tuned for more. Meanwhile checkout the official extended gameplay below.