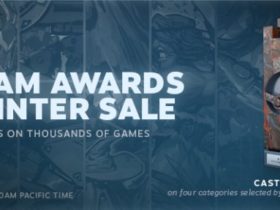 All the Steam Awards Winners Have Been Revealed

The game has been a confirmed VR title in 2013. But it has not yet been released. So that gamers to switch to other games. But then the wait is finally over. Elite Dangerous will officially be supported on the Oculus Rift headset. The supported headset will be released on March 28th and will be available in the Oculus Store.

The good news for gamers who have already purchased the game, is that Oculus will be offering the new edition free of charge. Gamers can then migrate their game to the Oculus Store. The migration is done through a free code from developer Frontier. Let’s see what gamers experience the game on the new supported VR headset. Although at present the Steam page only shows the HTC Vive as supported under VR, it is anticipated that this might change as the release date comes closer.