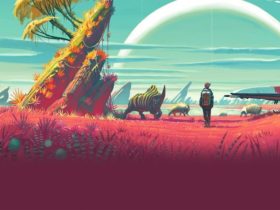 Prey released in May 2017. The game is developed by Arkane Studios. A first person action adventure game, Prey is developed for PC, PS4 and Xbox One. You control Morgan Yu, explore the space station Talos 1. Here we will see Prey weapons list.

There are many different weapons available in Prey along with the Fabrication Plans. Most of the weapons are found on staff’s corpses. Here is the Prey Weapons list.

It is found on the corpse of Patricia Varma after leaving the apartment for the second time.

Found on the corpse of Veer Singh when entering the Neuromod Division Foyer. It is also found on the first floor of the main lobby in the women’s bathroom.

It’s on a briefcase on a blue cassette recorder right of bedroom. Also found on the second floor of the Neuromod Division Foyer on a corpse in a corner.

In the Typhoon 1 Main Lobby on the corpse of Nash Underwood. Also in the Security Office in the Talos 1 Main Lobby.