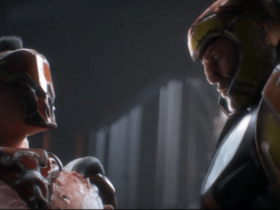 Id Software explains why Quake Champions will be a PC exclusive

The Japanese based publisher has recently confirmed the Pokken Tournament western release date.

Nintendo has announced that Pokken Tournament on the Wii U platform will be released in Europe and North America on March 18. That’s the same day it gets released in Japan.

More information on tournament modes in the title can be found out from serebii.net which includes a wide range of matches.

Scans from CoroCoro magazine reveal a few fighters and support fighters which include Braixen, Garchomp, Mewtwo, Pachirisu, Sylveon and Croagunk.

Gamers purchasing the early production run version will receive the Mewtwo amiibo card, which can be tapped to the Wii U Gamepad controller to unlock that playable character in the game.