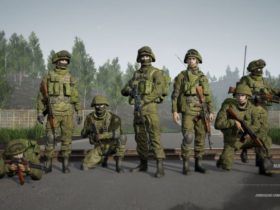 Mad Max is one of those successful games those were adapted from popular Hollywood blockbusters. Batman is another one. Mad Max was developed by Avalanche Studios, the one behind Just Cause franchise. It’s a great post-apocalyptic adventure game with vehicular combat element.

Players on the PC platform have reported of several issues they are facing while trying to run the game. We bring you this error fix guide for issues like crash, stutter, lag, controller not working and more. We also suggest you to first check if your PC meets the minimum system requirements. We have listed them below.

Those of you playing the game using the Xbox 360 Controller on PC may face this issue. Make sure you have plugged in only a single controller onto your PC. Next is to follow the steps below.

Generally these kind of problems occur when haven’t updated the drivers since a long time. Just do a clean install of your video card drivers, restart your PC and try you play the game. The issue will be fixed.

This is common is when you are playing the game in window mode or have VSync enabled. Simple turn off VSync and play the game in full screen mode to fix this issue. Also exit all background tasks like IRC and turn off your anti-virus while playing Mad Max.

This was caused by the Nvidia Game Ready drivers at launch. If you are an Nvidia user, update your drivers to the latest release to fix this problem.

#5 Unable to use Harpoon in Mad Max fix:

This issue is related to Nvidia surround or Eyefinity. You need to play the game using a single display to prevent this issue from happening.

We will update this article with solutions as new issues are faced by users. If you have any other issue, comment and we will try to figure out a solution for the issue.