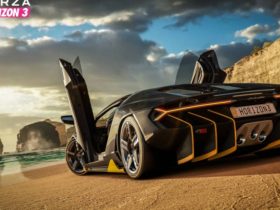 Forza Horizon 3 : How to Get Fans And Expand Festival

MGS V: The Phantom Pain or Metal Gear Solid V: The Phantom Pain is sadly the last Metal Gear game from Japanese legend Hideo Kojima. It was released on PC and other platforms in 2015. Solid Snake is back and the game is clearly a masterpiece after hearing all the overwhelmingly positive reviews from critics and fans. However, few PC users have reported of some issues they are facing while running the game.

Don’t panic as we are here to help you fix those errors and play the game. Before going further, please make sure your PC meets the official system requirements to run the game. You can check out the specifications provided by Konami to run MGS V: The Phantom Pain.

#1 Crash/crash to desktop/failed to launch issue in MGS V: The Phantom Pain fix:

If your game is getting crashed during launch, then the sole reason for the issue is outdated video card drivers. Make sure you have the latest version before trying any other workaround. And if your game is crashing while playing, try one of the following fixes.

This is a common issue among users having AMD Phenom processors. You need to update you game version of the latest and the issue will be gone. Other users can follow should try uninstalling and reinstalling Microsoft Visual C++ Redistributable and running the game as Administrator.

To fix this weird problem, just unplug the USB devices and launch the game again. Also make sure you have Microsoft Visual C++ Redistributable and DirectX installed.

By default, MGS V: The Phantom Pain doesn’t allow you to play using 21:9 aspect ratio. But that doesn’t mean you can’t. What you need to do is download and install a third party tool called “Custom Resolution Utility” and go to Nvidia Control Panel and set your custom resolution for the game there.

If you are playing the game on Max settings, you may find Snake looking a bit blurry. You can fix this bug by lowering the Screen Filtering from Very High to High or below.

Many users have solved this issue by switching from window mode to fullscreen mode while playing the game. We suggest you to give it a try.

New errors keep surfacing. If you are one of those who is still facing any errors running MGS V: The Phantom Pain, feel free to share your query in the comments. Our team will try our best to fix them. We will keep updating this page with solutions to issues and bugs.