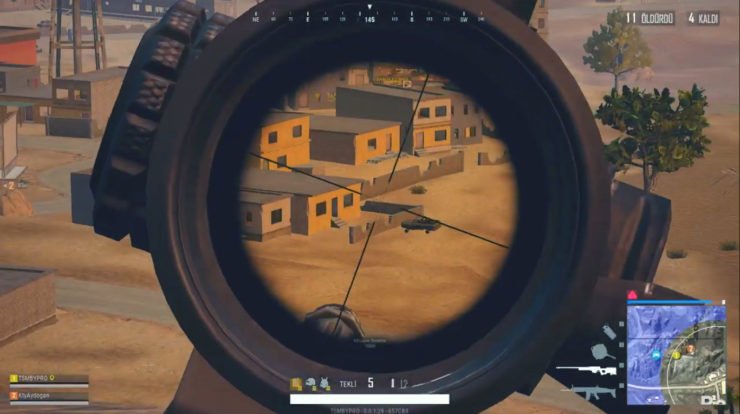 PUBG Lite has been out in the SEA regions and Latin America for quite some time now. It’s been scheduled for a mid-2019 release in more regions including India. Unlike, Tencent’s PUBG Mobile Emulator, PUBG Lite is a proper port and runs beautifully on low-end PCs, even with Intel on-board graphics. You get full customization options in the audio, video tabs and also tweak gameplay according to your needs. Basically, it’s a feature complete PUBG for low-cost hardware.

It’s a free-to-play game unlike the Steam version and uses its own launcher. It can be downloaded from the official website. Now before we head into fixes, do make sure that you meet the minimum system requirements to run the game on your PC. You can check them out below.

In addition to hardware requirements, also make sure you have all the necessary drivers and runtimes ready. You can find the list of them with their download links below.

For those having Nvidia GPU, can find their latest drivers here. The ones with AMD or Intel HD graphics can find their links here and here respectively. You’ll also need Microsoft Visual C++, Dot Net Framework 4.5.2 or higher and DirectX 11 to successfully run the game.

Now if you’re all set, let’s look at the various issues that occur during the game and their solutions.

PUBG Lite can crash due to several issues. Make sure you use the latest drivers along with the Windows 10 May Update on your PC. You can also try running the game with Administrator privileges which solves the issue most of the time.

By default, PUBG Lite is optimized to run on low-end hardware. However , users might still face such issues which can occur due to a number of factors. To solve these, make sure you are running the game on compatible hardware. Next up, shut down all the unnecessary programs running in the background and then only launch the game. Low FPS may also be caused due to thermal throttling on your device. To tackle this, you can use a cooling pad in you’re on laptop and install fans if you’re on desktop PC.

You can check out more ways here: How to boost FPS in PUBG Lite

This means that your GPU or graphic card is not supported. This can happen even if you have a supported card but your video drivers are out of date. Update to the latest version and check if it works. Else, you might have to look for a newer one for your system to run the game.

This usually happens on systems with old video cards, graphic cards getting heated or simply the absence of DirectX 11. Simply update your drivers to the latest version and install DirectX 11, if not already, to resolve this issue as well.

If you see this error, do not panic. This happens simply because your system is missing Microsoft Visual C++ 2015 Redistributable. You need to download and install it. Note that this error might also occur if you are running a pirated copy of Windows.

This happens when you are trying to run PUBG Lite on a 32-bit operating system. You need the 64-bit version of Windows 7/8/10 to play this game. In fact, to run most of the modern games, you do require 64-bit OS, so it’d wise to upgrade as soon as possible. The Windows 10 May Update 64-bit is around 4.5GB in size.

You usually face this issue when you close / exit the Launcher after starting PUBG Lite. Note that the Launcher is required to be running in the background to keep you connected and synced. It works like Steam which authorizes and tracks the user and his/her progress and activity while playing the game.

This error is being faced by some users after a recent update. It occurs when the user has been using some VPN tool while playing PUBG Lite. Since, the game will be officially available in more regions, we hope that you don’t need a VPN anymore. To resolve this issue, simply turn OFF the VPN and completely exit it and then launch the game. Or else, you can use a more reliable VPN like Proton VPN. Hopefully it will run without this error after that.

#8 The application was unable to start correctly (0xc00007b)

This is another of those errors which occur when the user doesn’t have the Microsoft Visual C++ 2015 Redistributable not installed properly on his / her machine. You can download and install it from the link provided above and you’ll be good to go.

This article is a work in progress. We will update it as soon as new issues surface and we find a working solution for them. Stay tuned for more.