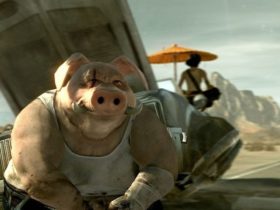 Includes a large number of fixes and much need improvements

One of the new features being added is the option to enable enemy level upscaling, which can be used to make low level enemies more challenging. The option can be enabled or disabled at any time, however it does not bring about any change in the experience gained and loot or quest rewards obtained. Changes concerning Gwent are also being implemented. The new patch adds a book titled “A Miraculous Guide to Gwent”, which lists all Gwent cards currently in possession of the player and also provides information regarding the location of ones not yet collected by the player.

The aforementioned book can be obtained either from the Gwent-playing scholar in the Prologue or from the merchant near St. Gregory’s Bridge in the Gildorf district of Novigrad.

The patch also contains fixes for problems regarding the game’s visuals. It includes a fix for a rare PS4-specific problem where the texture of water puddles would not fade as it should.

Various bugs relating to a number of quests in both the base game and in the Hearts of Stone expansion are also going to be fixed by the upcoming patch. This is a great sign and shows that CD Projekt Red is committed to supporting its game as much as possible so that players don’t run into any major problems that can hinder their enjoyment of the game.

CD Projekt Red community manager Marcin Momot has said on Twitter that the update will arrive “shortly before” the Blood and Wine expansion, which releases on May 31. However, no information has been given regarding the size of the update.

You can see the full patch notes here.