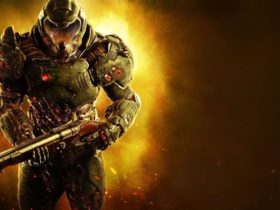 There are lot of speculations going around regarding the next entry in the open-world franchise. If a recent rumor is to be believed, Ubisoft is taking a year off.

There won’t be any major Assassin’s Creed game releasing in 2016 except the 2D sidescrollers based in India and Russia. According to a recent report by Kotaku, key details on the next entry has leaked.

According to the report, the series will be undergoing major overhaul in the next entry. The project is codenamed Empire (Syndicate was codenamed Victory) and is set in ancient Egypt.

However Kotaku couldn’t corroborate all the details by the leaked 4chan source. These other details suggest that the title is under development by the studio responsible for Assassin’s Creed IV: Black Flag. It is described as having “a Witcher feel” and is set world three times the size of Black Flag. There will be player progression and a freeform combat system.

Other details include an extremely colorful environment with less parkour and climbing in the village landscapes. Details on the protagonist suggest a former slave with a pet eagle.

The leak seems to be pretty credible as there have been hints at an Egyptian story in previous entries and comics including the Dead Kings DLC.

However if you think this year would be boring without an Assassin’s Creed game, think again as Ubisoft has Watchdogs 2 ready to release this fall. Yes, the leak also sheds some light on the release of next entry on Watchdogs.