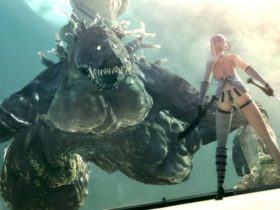 Nier: Automata is Getting a new Content – Colosseum DLC announced

The PC launch of this game has not been as smooth as the console versions and many players are complaining about a few blurry textures on the screen. Until an official patch is released, use the following workaround.

This guide will show how to fix the blurry textures in the PC Version of No Man’s Sky.

How to fix Blurry Textures On The PC Version

The issue is that the game’s anisotropic filtering option isn’t working properly due to some bugs. This is leading to blurry textures. So, open the Nvidia control panel and force it to get sharper textures at the expense of the loss of a few fps.

Now the game will work well for Nvidia users. The same remains to be tested on AMD GPUs though.

You can find the complete No Man’s Sky Guide here.