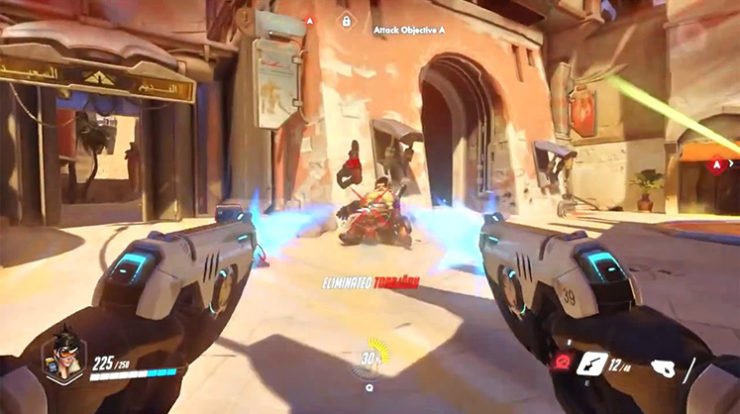 The official statement from Mike Morhaime, CEO and co-founder of Blizzard Entertainment reads

We’re building Overwatch to be the first-person shooter we’ve always wanted to play, with a vibrant world, awesome heroes, and an emphasis on tightly focused cooperative gameplay,

We’re excited to welcome console and PC gamers to the fight for the future, and we can’t wait to see all the incredible things teams are able to accomplish on the battlefield this upcoming spring.

The pre-order edition of Overwatch for Xbox One and PS4 comes with 21 characters, five of which have hero skins. Additional Overwatch content themed after other Blizzard titles is also included in this edition. The console and PC pre-order retail versions are priced at $59.99. You also pre-order a digital copy of the PC version on the official Overwatch website which is fairly priced at $39.99.

Blizzard also revealed three new characters – D.Va, an e-sports champion who commands a mech in combat, Mei, a character who uses climate-based technology to down opponents and Genji, a cyber-ninja. Recently, a beta test for the game was also held which gave players the feel of the gameplay.

The attractive art-style of Overwatch is what keeps it apart from the common FPS games. Battleborn, another MOBA-inspired title by Gearbox Software is set for a spring 2016 release. But it’s more of a co-operative FPS unlike the competitive nature of Overwatch. It would be interesting to know which one tops the other.

So what do you think of this Blizzard’s new approach? Are you going to pre-order the game or wait for the critic reviews to decide? Comment below.