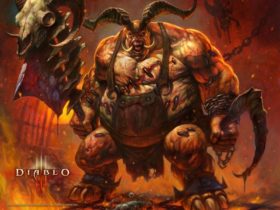 Red Dead Redemption 2 is Rockstar’s latest project, and one which will release -assuming 2017 is the release date- after 7 years. A lot of the community has changed since the release of the first game, console gaming is stronger than ever in 7 years. And we’ve also seen an explosive growth of PC gaming, and that is owed all to cheaper and more powerful hardware.

By now, most of the gaming community has seen the bits and pieces of information about the game from leaks revels but nothing too major. Though, we did get a very cinematic trailer which showed off some wicked nice scenery and was visually stunning, but failed to display any key features of the game; the trailer itself is 6 months old by now.

Here’s the recent “leak” of the “in-game” image of Red Dead Redemption 2 found nowhere other than Reddit.

This looked cool and all, but it actually isn’t Red Dead Redemption 2. It’s actually from Wild West Online which is an open-world MMO whose developers will also start a $250,000 Kickstarter campaign at the end of the month.

There’s also been rumors floating around that the game will be a prequel to the original. The trailer featured a buffalo walking with the protagonist. As Norman Caruso pointed out:

The buffalo was almost extinct by 1900. No way you would see a herd like that around trains.

But, that’s not the case. The American Bison as it’s called -not buffalo- is nearly threatened but still kicking, because of being contained in a few national parks and reserves in America. Just because of this, the possibility of Read Dead Redemption 2 being a prequel becomes slimmer without pretty much any other lead to go off of. (source)

Most of the community wants the game to release already, but Rockstar have their minds set on keeping the public uninformed, and their vague trailer was pretty much like a fire starter at this point.

Even though there is a scarcity of information about the game at this point, we have to take into account what happened with Grand Theft Auto V’s release, the company showed a teaser trailer back in October 25th, 2011 and released screenshots of the game around 10 months later, in 2012, while the actual game release was in September 2013.

We may observe the same pattern with Read Dead Redemption 2, the game premiered on 20th October, 2016 and it’s bee around six months and we haven’t yet seen any new images of the game.

Many predictions have been made so far regarding the estimated release date and they mostly point towards a November release; the holiday season would not only be a good time for a release but would pretty much align with the Xbox Scorpio’s release date, which is also assumed to be around the same month. (Native 4K Resolution Read Dead Redemption 2 anyone?)

Fallout 4, for instance, was announced back in E3 2015 and released a few months later in November, the same year. We may see the same pattern happen for this but at this point, seems to be highly unlikely.

Unfortunately, because of current market trends and the company’s previous release dates, as well as Rockstar’s reputation for delaying games, a number of months may be added to the game release, making a very jolly 2017 release into a somewhat tiring early 2018 release.

Now, for the PC gamers. Red Dead Redemption 2 will be out for only the consoles, PlayStation 4 & Pro and Xbox One & Scorpio. However, there is still not any certainty of a PC release. While PC gamers are extremely keen on getting the game for themselves and have even set up a petition 7 months ago, which failed to reach its mark.

There has literally been no disclosure to alleviate PC gamers’ thirst for the game; as mentioned earlier, there has been a bloom in the PC gaming community, cheaper and more powerful hardware as well as possible DENUVO implementation to avoid tamper -although Denuvo is currently somewhat unsafe from major cracking teams- has all made it more financially sound to do a proper PC release.

It is possible to see a somewhat delayed PC release for the game just like with GTA V. But, unlike GTA, Red Dead Redemption 2 cannot possibly grow to such massive levels of following, mainly because of Online features, GTA Online has made it possible to profit marginally from the game and there may not be something like that in their newest release.

Is there hope though? We’re just not sure. Rockstar hasn’t released the 7 year old Red Dead Redemption 1 for the PC so far and we may not see the latest one release for the PC either.

Should you be excited?

To ask the question, you must truly look into the game. Red Dead Redemption has become quite an old classic at this point, an amazing story driven game with mechanics to match, an extremely popular console release; John Marston, the gun slinging Outlaw was played perfectly well and Red Dead Redemption includes online multiplayer with a maximum of 16 players per session.

Being a PC gamer however, I have high hopes for a PC release, however slim they may be. It’s one of those games which are worth buying a PlayStation or an Xbox for, especially with the Xbox Scorpio just around the corner.

There has been a massive demand for olden video games and Red Dead Redemption 2 is something that will definitely pull you in. Though, it’s not the first World War or the second, it’s a side of American history and the outlandish west we have all loved and admired in movies, TV and cartoons, growing up.

A game like this needs to bring out the perfection in the company, to present the game as a true masterpiece, for that is the reason why we’re excited. Sure, Red Dead Redemption was just amazing and yes, there are a lot of olden games out there. But, there’s nothing cooler than a gang of colt bearing outlaws.