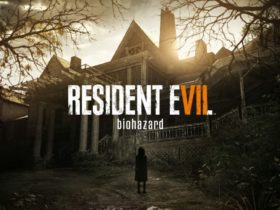 There are a few difficult bosses in the game and this guide will show how to beat one of them – Bolt Cutter.

After the player activates a terminal to get to The Heart Of Far Eden, this boss is at the end of the Core Foundry. He is a crab-like bot with an SP-DR frame. He also spawns add-on enemies which can make this battle a long one. On the flip side though, this is a good opportunity to rack up big combos to earn good XP. The player needs to break the shields on the tanks and SP-DR of the boss and then attack him. Mack and Seth’s lethals work nicely here. It is recommended to use charge shots frequently as the add-on enemies have shields. Pay attention to the phase of the boss to choose the ammo of that color to deal more damage. Use the following indicators in this fight.

Red – This represents the area of effect explosion. Avoid this area whenever it appears.

Blue – This represents the boss’ charge beam. This beam can go through the environment and can cause damage if hit. Jump and air dash to avoid this.

Yellow – This represents the shields. Charge shots in the middle of these shields work nicely.