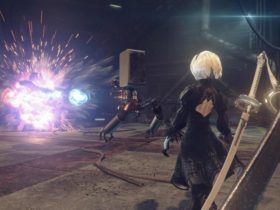 There are a few difficult bosses in the game and this guide will show how to beat one of them – Skull Cracker.

This robot is a ram-like one. He appears after the player gathers two cores in Pylon 512 and to get the third, the player has to defeat this boss. He has the ability to change color so the player should be on the lookout for waves of fire, electric charges and flying and wolf-type enemies. The player does not have blue ammo at this point so when this boss shifts to his blue phase, use the white ammo to deal a comparatively greater damage.