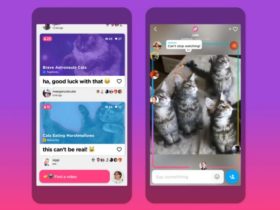 Google Uptime App for the IPhone; Redefining Social in Socialmedia

Square Enix has released a new DLC for Rise of the Tomb Raider as a New Year gift for the fans.

The Rise of the Tomb Raider Endurance Mode DLC puts the “ultimate woman-versus-wild test” to the player. It also adds an all new outfit and a weapon for Lara.

“Fire takes fuel, cold kills the unprepared, food restores health, but everything must be caught, collected, or crafted,” reads the intro from the DLC’s official description.

You start with nothing and must find everything. Challenge friends to your longest survival run and battle to the top of the leaderboards for the title of Ultimate Survivor.

Baba Yaga: The Temple of the Witch and Cold Darkness Awakened are the two DLCs coming in 2016 priced $10 each. The DLCs are available via the game’s Season Pass which is priced at $30 or can be bought individually.

Rise of the Tomb Raider also launches for PC and PS4 in 2016. The PC version is expected to hit Steam in January.