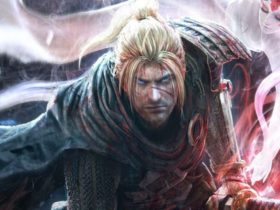 Nioh Guide: How To Get DLC Items

NexusMods user ParKan has released a mod which lets you play as different female characters of the game.

The Witcher 3: Wild Hunt PC mod lets you play as Triss, Yennefer, Ciri, and Shani. However this can’t be considered as a complete replacement. The female character will still have Geralt’s animations and voice during combat and some scenes.

ParKan also cautions players that they might run into issues if not playing on Steam version 1.11. It’s also incompatible with other mods that use xml editing. In addition to these, there are also issues with certain armor set and it doesn’t work with the New Game+ as of now.

The Witcher 3: Wild Hunt has sold over 6 million copies worldwide and recently won the overall Game of the Year at The Game Awards.

There’s also an upcoming expansion called the Blood and Wine DLC which will release in 2016.