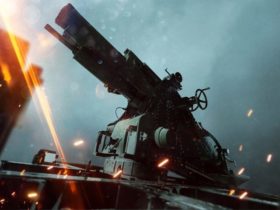 While the whole world was hyped for Fallout 4’s release, another triple-A blockbuster game released. Crystal Dynamics’ Rise of the Tomb Raider runs on the same formula as its predecessor, only thing that it’s even better this time. The game sees the return of Lara Croft in the quest for the truth behind the events of the first game (reboot). Rise of the Tomb Raider is currently available on Xbox One. It will be released on PS4 and PC sometime in 2016. The critics seem really satisfied with the franchise’s new approach.

“Once again it’s Lara herself, however, who steals the show, her complex ambitions and hardened resolve showing new sides to a character who has well and truly grown from survivor to the most fascinating action hero in video games today.” says Lucy O’Brien of IGN.

Let’s check out all the scores below.