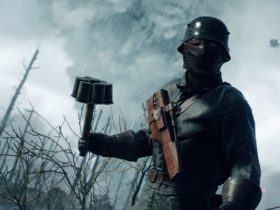 Battlefield 1 Guide: How to Rank Up And Level Up Quickly

Just a week before release, EA has Star Wars: Battlefront’s official companion app available for download. It’s available on Android, iOS and the web. And the best part is that it’s not simply a stat tracker.

Apart from checking your and your friends’ stats, the app lets you play a card based tower defense mini-game known as Base Command. The goal of the game is to survive sieges of Imperial Troops and protect Rebel Bases. You can pick Star Cards representing weapons, vehicles and more. It also lets you view your card collection and customize your loadout.

Good thing, EA assures that Base Command does not feature micro transactions. And in addition to this, the credits you earn while playing Base Command can be used in the main game when it launches.

You can download the Star Wars: Battlefront companion app from the official Google Play Store and from Apple Store.