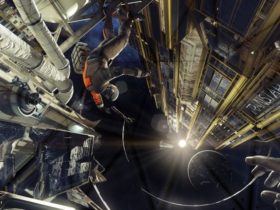 Prey Guide: How to Get Golden Pistol

The highly anticipated launch of the Blood and Wine DLC of The Witcher won’t see daylight until 2015 ends. The hype is real as this is going to the last major DLC announced for the open-world fantasy RPG. It was announced to be released during the first quarter of 2016.

Recent tweets from CD Projekt RED community manager, Marcin Momot suggest that The Witcher 3 Patch 1.12 and the Blood and Wine DLC won’t be out until 2016. The developers aren’t developing it as there isn’t enough time and to prepare it before 2015 ends.

CD Projekt Red’s next project is a futuristic open world RPG, Cyberpunk 2077 due sometime next year. They earlier announced that they won’t be having a Season Pass and all The Witcher 3 DLC will be made available for free. We really appreciate this when most other major titles have microtransactions included in them. Let’s hope we get our hands on Blood and Wine DLC soon.