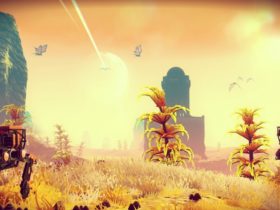 No Man’s Sky Can Be Completed in Under 30 Hours?

Rainbow Six Siege is a tactical squad based shooter which is an incredibly popular FPS with popularity almost equivalent to that of CS:GO. Most people had their minds set on the fact that the new operation Hong Kong was going to be released this year but Ubisoft had something else in plan.

Announcing this in a post on the Ubisoft blog, the company laid out their plans for the future of the game and what special operation players were going to get their hands on. The first of the updates will soon be rolled out on the Test server then on the PC, followed by PS4. We’re going to be seeing the release of Hong Kong in August and the season four -which contains another 4 operators-  in November, this year. But, there is a general plan for the game’s development. First and foremost, Ubisoft is working on improving and simplifying matchmaking, by introducing a “One step matchmaking”.

Ubisoft servers are another major problem the game has, the company is planning to work on their hosting and bring faster and more powerful servers to the game. They’re also planning to bring 100% server-based features meaning voice and chat communications will be handled by the server.

They also plan to improve a lot of the top community bugs and implement a 3-step deployment system where any new update goes to the test sever, to PC and then to the PS4. The company also announced their Year 2 plans for the game; a total of 8 new operators will be available in year 2. While the Polish operation was officially cancelled, we’re still going to get a single Polish operator at every season.

Will we still be getting 8 Operators in Year 2?

Yes. Two have already been released with Velvet Shell, two operators will be released in the Hong Kong and South Korea Operations each, and an additional Polish Operator will be deployed in each of the two seasons.

There are a lot of technical issues haunting the game at this point the company needed to address those instead of looking towards the next operations.

Do you think this was a good idea? Comment below what you think. For more updates, stay tuned.