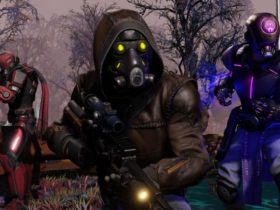 Xbox just revealed the latest Xbox Live Gold games for the next month. Let’s take a look at what is in store for Xbox August 2017 Games With Gold

So this August, the Xbox Live Gold subscribers have some amazing games to grab. First let us see what’s there for Xbox one.

For all the Xbox One users Slime Rancher will be available for the entire month.

Trials Fusion will be available for free from Aug 16 to Sept 15.

In the games for Xbox 360, which are backward compatible, we have PlatinumGames’ Bayonetta. You can get this fantastic game from Aug 1 to Aug 15.

The next in for Xbox 360 is Red Faction: Armageddon. It is a third-person shooter game. This game is available from Aug 16 to Aug 31.

So get ready for an awesome month ahead with some cool games to play. With that said, if you have not yet grabbed the July 2017 Games with Gold then hurry up. You can still collect the July Xbox Live Gold games. There are still six days to get them.