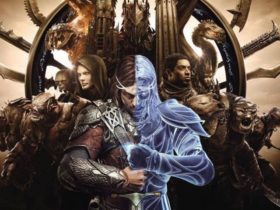 During the PCGaming slot at E3 2017, Ashen was revealed; developed by a New Zealand developer Aurora44, the game will be out only for the Xbox One and PC on April 30th, 2018.

Ashen is an action RPG set in an Open World. There is no sun, and the natural light that exists comes from eruptions that cover the land in ash. This is a dark, unforgiving world for players to explore, where those you meet in multiplayer are key to survival.It is a blend of combat from Dark Souls added to the passive multiplayer and art style of games like Journey.