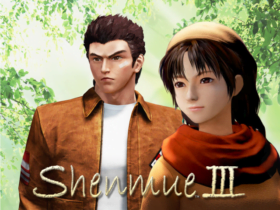 The future now doesn’t seem that far. The Virtual Reality has found all its way to YouTube. Yes, YouTube adds virtual reality to its Android App. Now you have a whole new way to see the world through the VR videos on YouTube. While giving you a feel of the depth of things in the video, this is really going be amazing.

How will this work?
In YouTube’ Android App, virtual reality videos can be viewed with YouTube’s Cardboard virtual reality headset.
Google says, “VR video gives you a sense of depth as you look around in every direction,”  “Near things look near, far things look far.” At present this new update is limited to YouTube’s Android app but will be availble for iOS very soon, Google says.

How will you view the virtual reality videos?
Go to the Google Play Store and get the update for YouTube app. Once you are done, just tap on the Google Cardboard icon and then your phone needs to be inserted into the cardboard viewer and there you go!
You can view the already existing videos via the new virtual movie theatre in Google Cardboard. If you are already eager to create some VR videos, then use Google’ ‘Jump’. This technology is just the one you need.

Want to know about Jump?
Let’s get an overview of it. Jump is developed by Google and was first stated by the company at Google I/O in May, 2015. It is an environment for creating virtual reality cinematography. The Jump camera is a circular camera and its rig consists of 16 cameras set in a circular array. Jump Assembler is the software behind Jump. The Jump assembler makes use of computational photography and “computer vision” and reconstructs a scene while generating thousands of in-between angles.

So now that you have got a pretty much overview of Jump that can create absolutely awesome VR videos and the new YouTube update for viewing these videos, you can go ahead and make some cool videos or just enjoy the ones already available.