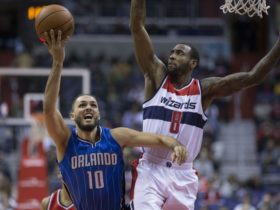 After almost 4 years, Ubisoft has released the sixth installment in the Anno series on PC. It is a city-building and economic simulation game, with real-time strategy elements. Some users have reported issues like crash, stutter, missing audio files and more.

Try each of the below workarounds to fix this issue.

If you can’t find how to change your desired language, follow the steps below.

This error is caused when your firewall is blocking the game’s .exe to connect to internet. Make sure you disable it for the game. Also turn off your anti-virus program while you play the game and add the game executable to the Whitelist.

If you are one of those few who are facing this weird issue, make sure you have activated the game using the base game key and not the key for Pre-order bonuses. Hopefully it will be fixed after using the right key.

To solve this, cancel downloading the game in Steam. Then go to

Delete all the junk files there. After doing so, launch Steam and start downloading the game.

A number of ways to solve this issue is listed below.

Users who are still facing issues running the game properly, please comment below. We will help you fix and have a better gaming experience. We will keep updating this page as new errors are faced by the users in Anno 2205.