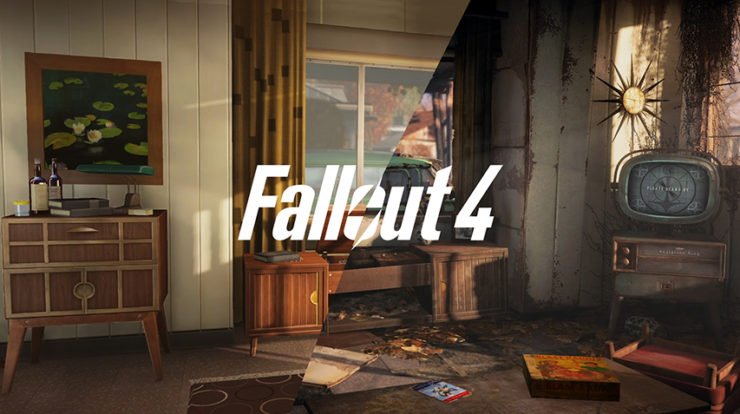 Fallout 4 was one of the most anticipated games of 2015. The result was awesome as expected. The game bagged several Game of the Year Awards of popular sites. However as usual, the PC version of the game suffers from several issues like crash, black screen, stuttering and more.

In this guide, we teach you how to fix the most frequent bugs and errors encountered in Fallout 4 PC version. But before going any further, please make sure your PC meets the official system requirements to run the game. We also don’t recommend players to play the game on Laptop as the mobile GPUs are not officially supported. Find the minimum and recommended system requirements of the game below.

If your game is getting frozen every 2-3 seconds, you are facing the issue of stuttering. Issues like this can be solved by following the #1 method that is updating your graphic card drivers. Another solution for these kind of issues is turning off the V-Sync option and playing in fullscreen mode instead of window mode or borderless window mode.

This one is simple. Just download the missing DLL file from here and extract it in the game’s installation directory. Alternatively you can also download the DLL-Files Fixer from here and install it. Launch the fixer and go to the “Install DLL files” tab from top. Enter the name of the missing DLL in the search box. After that, it automatically installs the required DLL and your problem is solved. You can also check and fix registry errors with this tool.

Developers some time limit the FPS to 30 to have more stable gameplay. However if you believe your PC can handle the job and hit 60 FPS or above, you have to edit the game configuration file. It can be found in at

Make a backup copy of the file to avoid future problems if any. Now to remove the FPS cap, set the iPresetinterval parameter to 0.

This issue can again arise due to outdated video card drivers. So, update them before trying any other workaround. The second most basic thing to do in this case is to lower the graphics settings. This mainly includes GPU intensive features like Anti-aliasing and Post Processing.

Set the priority of the game in Task Manager to high.

If you are on NVIDIA GPU, then go to the NVIDIA control panel and set the “Power Management Mode” to “Prefer Maximum Performance” in 3D settings. Make sure the CUDA-GPUs is set to “All”. Also enable triple buffering, threaded optimization and textured filtering.

If you are playing on a Laptop, make sure you are using the dedicated Nvidia/AMD GPU for playing the game instead of integrated GPU.

For this issue, open the configuration file which can be found at

This is more of a hardware oriented issue. The game starts to freeze when your PC gets overheated. Install or upgrade your system’s cooling system to resolve this problem.

If you are annoyed of those intro videos during the game’s startup, follow the given workaround. Navigate to

Open Fallout4.ini from there and add this under [General]:

Do the same with Fallout4Prefs.ini and save.

If you are one of those who are having trouble changing the resolution in Fallout 4, then follow the steps. First open Fallout4Prefs.ini from

Now find the below setting in it

and set your desired resolution. Here H and W are the values of the resolution.

If you are still facing issues, feel free to ask in the comments. We will try our best to solve the problems you are facing to run the game.