Home Featured Motorola One Power – Is It Still Worthy In 2019? 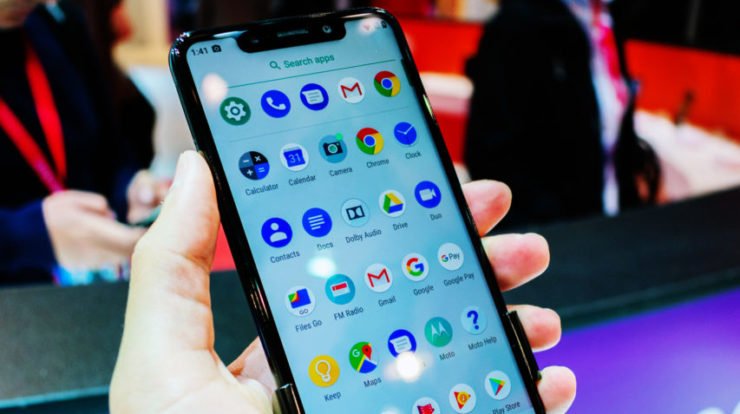 Motorola has been known for providing clean stock Android experiences for quite some time now. However, over the years, the company has gone through various phases including its sale to Chinese firm Lenovo in 2014. In recent years, Motorola has been criticized by its users for delaying and even not providing updates for its handsets. Motorola E4 Plus, for an instance, didn’t get the Oreo update which was released within months of its launch.

Well, the company finally showed some intent to rectify such mistakes by launching Motorola One and the Motorola One Power in October 2018. The One series of phones are part of Google’s Project Treble (Android One) initiative which guarantees 2 years of OS upgrades and 3 years of security updates to consumers.

Both the phones seemed pretty decent in their price category during their launch. But we’ll be looking at the 5000 mAh version here and find out whether it’s still a good deal in mid-2019.

Let’s start by looking at the specifications. Motorola One Power features a Snapdragon 636 Octa-core chipset with 4GB of RAM. It uses a dual camera setup with a 16 megapixel primary camera and a 5 megapixel depth sensor. In the front, it has a 12 megapixel camera with LED flash. It comes with a 6.2 inches display with 1080 x 2246 resolution with an aspect ratio of 18:7:9. The company also provides Gorilla Glass protection for the set but the version is not mentioned.

The major selling point, however, is the humongous 5000 mAh battery with the 15W Type-C fast charger. With average usage, the phone lasts about 2 days time. If you’re a gamer, you can still have one full day of gaming without worrying about a charging point. But the phone itself isn’t too good for heavy gaming like PUBG Mobile and Asphalt 9. It can run them smoothly but the graphics take a big hit. The device weighs about 205 grams and to be honest, it does feel a bit heavy sometimes. But that’s fine given the impressive battery backup it provides. Also, did we forget? It features Dolby Audio support for crystal clear hearing experience while watching movies and listening music.

As part of the Android One program, the phone came pre-installed with Android 8.0 Oreo during its launch. In 2019, the phone comes with the Pie update pre-installed already. The vanilla Android 9.0 Pie provides a clean, clutter free experience with minimal to no bloatware. Motorola exclusive features like Moto Display are still there and it compensates for a missing notification light on the phone. But now let’s talk about some of the negatives of the phone.

Motorola One Power was mainly criticized for its camera during the launch. The camera produced decent images in daylight conditions but performed poorly in artificial lighting conditions. The images had a bluish tint which, as of now, has been a common problem in Motorola devices. The portrait mode has edge detection issues. Additionally, it also lacks OIS (Optical Image Stabilization) for photos and EIS (Electronic Image Stabilization) for videos. Some of these issues could be solved by using the Google Camera port and the results are quite promising but then again, it’s for advanced users. Users were also disappointed by the huge, ugly notch at the top. It might have been cool in 2018 but there were better alternatives then and there are even better ones now. It seems like Motorola just wanted to imitate the Google Pixel design with this design.

Above, we have talked about the good and bad for the device. But that doesn’t answer your question entirely, does it? Is it still a worthy competitor in the market? Should you wait for another budget friendly Motorola device? Well, One Power was launched at a price of 250 EUR or 15999 INR. In one year, it has dropped to 11999 INR. To be fair, in that budget there are plenty of other options available with the likes of Redmi Note 7 Pro, Honor 10 Lite and Realme 3 Pro. These phones offer better camera, better processor, smaller notch and more. But almost all of them come with custom Android experience and also ads in some cases. There are no guaranteed updates or security patches either.

If you’re looking for a phone to click nice pictures and have some good selfies and really tight on budget, then this is not the phone you’d want to buy. You can go for Mi A2 or Redmi Note 7 Pro in that case. Motorola One Power is for someone who wants a budget phone with a large battery and stock Android experience at the cost of an average camera. The performance is amazing for basic usage and some light gaming. With Android Q arriving this fall, it seems to stay relevant for quite some time and still packs a punch for the low-mid range user. If you’ve any questions or comments, feel free to let us know in the comments section below.