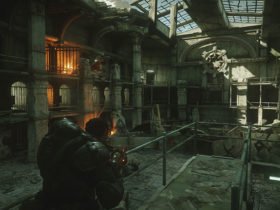 One of the most anticipated releases of this summer has finally happened. Motorola’s latest budget device Moto E4 Plus is available to public.

Moto E4 Plus or Moto E Plus (4th Gen) was launched on Wednesday with a special event at the capital. The device packs 3 gigabytes of RAM powered by a MediaTek processor with all those other premium eye candy features.

We got our hands on the phone two days ago and we’ve been constantly testing it to its potential. This review takes a dig at every major pro and con we encountered over the past couple of days. So, without any further do, let’s now jump into the review right away.

The device has a 13-megapixel rear camera with flash. We tested it in different lighting conditions and we’ve to admit that it produced some impressive results with acceptable noise levels. The camera app is a revamped version with a side menu featuring all the necessary settings. There’s also a beautification mode that enhances the pictures to a great deal.

However, the front camera did outperform its rear counterpart at various different levels. The front has a 5-megapixel camera with flash. Now this (front flash) might be a feature that we have seen till now only in premium phones. It produces beautiful selfies even in dim lit conditions with crisp sharp visuals and the colours are not bad either. If you are a traveler or love sharing fun moments at the pub on weekends and also on a tight budget, this might not be a bad choice.

Coming to the phone’s display, Moto E4 Plus has a 5.5 inch IPS display with the much needed Gorilla Glass 3 protection. Although, the visuals are quite impressive, the major disappointment lies in the absence of support for full HD resolution. The device features a 1280×720 HD resolution with 267 ppi pixel density. On other hand, its arch rival in this price range, Redmi 4 doesn’t compromise and does feature a full HD display. However, the phone performed pretty good while out in the sunlight. The display was clear and pretty much what we expect with this price tag.

Apart from the excellent display, Moto E4 Plus also supports Moto Display, which was previously featured in costlier Moto devices. It simply allows the user to check the notifications without even unlocking the phone. The feature comes in handy in many situations while also bringing a chance of jeopardizing the privacy of the user.

Here we come to the bottom line in the specs of Moto E4 Plus. It packs a 4 core MediaTek MTK6737 1.3GHz processor which is considerably slower than others in this price range. Especially, at 10,000 INR, we expected a Snapdragon SoC at least like Xiaomi. If you are buying the device for day to day use like social networking, checking emails on the go and clicking pictures around, this should be the right choice for you.

Meanwhile, we’d highly recommend tech enthusiasts and hard-core users to avoid this phone and probably wait for the Moto G5S’s upcoming launch. E4 Plus is not targeted to the gaming audience and we shouldn’t expect it to be. That, however, doesn’t mean you can’t enjoy games occasionally. It still rocks your usual Clash of Clans, 8 Ball Pool and others. While testing CPU intensive titles like Need for Speed: No Limits, it started out well but experienced lag minutes after that.

This is one of the three major plus points of this phone. Keeping in mind the current trend of smartphones, Moto E4 Plus doesn’t disappoint us in terms of memory. 3 gigabytes of RAM promise smooth and flawless multitasking for long. It’s perfect for browsing web while also editing a document all while listening to the favorite songs on Saavn. Even after opening several apps in real-time, we noticed that more than 500 MB of memory remained free which is impressive.

Another great thing about this device is the 32 GB of internal storage which is expandable up to 128 GB using an SD card. We paired it with a 16 GB of Transcend Class 10 SD card to further pump it up to 48 GBs and formatted it as internal memory. This feature was first introduced in Android Marshmallow and was later carried to Nougat devices. It’s great in terms of data security as the SD card won’t work with other devices as long as it’s formatted as internal with a particular phone. The apps when installed on SD card had minor performance impacts when compared to them on internal memory.

So, we couldn’t care less while saving tons of videos and music offline on Moto E4 Plus.

This is a handy feature which, until now, only premium phones supported. But then Xiaomi brought a revolution in the market. Walking on these footsteps, Moto has also introduced this feature in E4 Plus. In fact, it’s one of the smoothest and fastest finger print sensors we have got in this budget. The sensitivity is just about right and it also supports One-button nav feature which allows you to swipe to different parts of the screen using the finger print sensor.

Now we come to the part which would attract a large number of consumers. The smartphone boasts the largest battery on a Moto device ever. Packed with a Lithium ion battery of 5000 Mah capacity, Moto E4 Plus is an absolute steal deal. We used it for WhatsApp, Facebook and Instagram continuously for hours with a single charge.

But does it end here? Nope, the phone comes with a 10W rapid charger with fast charging feature. It took about 3 hours to fully charge it which isn’t bad enough. However, the battery is also a non-removable one and is also non replaceable. So if anything goes wrong with it, you might better get it replaced from the seller directly.

Sound quality is another aspect which can be considered while naming the pros for the phone. It has the latest audio enhancing technology, Dolby Atmos from Dolby Inc. which dramatically optimizes the audio for different purposes including music and gaming. We’d recommend you buy the incredibly cheap Poweramp from Google Play Store to get the best music experience with Moto E4 Plus. The out-of-the-box earphones’ quality is barely at par with some of the entry level earphones which can be bought for a few bucks on Flipkart or Amazon. They give the plastic feel and prolonged hearing also hurt our ears a bit.

Let’s now talk about the look and feel of Moto E4 Plus. In our review we got our hands on the Iron Gray version of the phone. The phone also comes in two other colours including Fine Gold and a limited edition Oxford Blue which will be available this fall. It weighs about 200 grams and it feels quite heavy. The reason behind this is that it offers a full metal back panel and a 2.5D screen with a premium look. In fact, if we compare it in terms of looks, it can also compete with phones like OnePlus.

Also the large 5000 Mah battery adds up to the overall weight significantly. But if we judge it by the overall look and feel, it’s very impressive on the outside.

Now coming to calling and messaging part, it’s a dual SIM phone with separate spaces to insert memory card. The phone accepts two Nano SIMs and supports 4G LTE. If you just bought a 4G SIM or looking to upgrade, this might be the perfect choice. While the call quality is average for 3G networks, the phone produced some impressive results for VOLTE calls using Reliance Jio connection. The voices are sharp and clear, loud enough.

This might be another of the biggest reasons why one would prefer Moto’s E4 Plus over Xiaomi’s Redmi 4. It comes with the stock version of the Android 7.1.1 Nougat with least number of customization. Moto’s brand has been built upon the belief of bloatware free experience and E4 Plus lives up to it. The company supplies the Moto launcher and a Moto app pre-installed which controls phone specific features like the fingerprint sensor gesture and more. There’s also the iconic clock widget that defines Moto’s recent generation of smartphones.

It’s an excellent budget phone from Moto (probably the best one in this range). We absolutely loved it for its build quality, camera and the over-the-top battery capacity. The phone with stocks not being a problem is certainly going to be a tough competition for the Redmi 4 which is still available through flash sales and in limited numbers.

However, the phone did disappoint us a bit in terms of gaming performance, resolution and its weight. We’d recommend this to anyone and everyone looking for a great Android 7.1.1 Nougat experience with promised updates over the next months. It’s the phone one would look for when he or she is tight on budget and couldn’t go the higher Moto G5. Music, photography and internet has never been this good with Moto E. Go for it!

You can take a look at the exclusive photo gallery of the unboxing of Moto E4 Plus below.