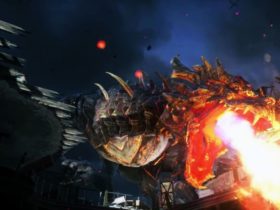 As stated in the Tweet, No Man’s Sky has been in development for 4 years and is set to release on August 9 following a delay last May. The biggest setback the game faced was a three-year dispute with Sky TV over the rights to use the word “Sky” in the title. The dispute was finally settled last month.

It's happened. No Man's Sky just went gold. I'm so incredibly proud of this tiny team. 4 years of emotions pic.twitter.com/YJoI6JVgxq

No Man’s Sky is one of the most unique games to hit the industry in the later years, and one gamers have been anticipating since its announcement. The only concern that remains to be seen is if the dynamically generated content will actually hold substance over time.