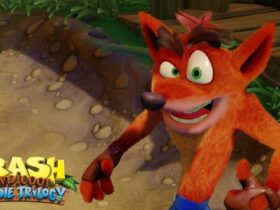 iPhone 7 and iPhone 7 Plus released on Sep 16, 2016. This year we saw the release of iPhone 8 and iPhone 8 Plus in Sep 22, 2017 and we will soon see the release of the iPhone X in November 2017. Here we have collected some of the most common iPhone 7 problems and fixes that have helped many users.

If you compare iPhone 7 with iPhone 6 with respect to the look, then it is not much different. However there are a lot of new features and improvements in iPhone 7 which its predecessors didn’t have. It is water resistant, comes with great camera, wireless headphones, dual speakers and much more. Now as much fun as it is to use the awesome iPhone 7, there may sometimes be some issues that come to interrupt the fun. So here in this guide, you can find some common iPhone 7 problems reported by users and their possible fixes that have been useful to many.

iPhone 7 Problems and How to Fix Them

If you are in trouble for not able to activate your new iPhone 7, then be sure you are not alone. Can’t activate iPhone problem has been reported by many users so far. Usually you get the activation server being unavailable error. This is because of the huge load on the server due to a large number of users accessing it. But here are some solutions that you can try to fix the issue on your end.

Solution 1: Use Wi-Fi if you are using mobile date.

Solution 2: Update iTunes if not already done and then try the iPhone 7 activation using your computer by plugging it and using iTunes.

Solution 3: Turn off iPhone 7. Press and hold the Sleep/Wake and when the slider comes up, slide to turn off the device. The turn it on and try again.

Finally if nothing works, it is best to contact the customer support.

How to Fix iPhone 7 Bluetooth Issues

Bluetooth issues have been common. Apart from problems in connecting your iPhone to other brand headphones, the battery gets drained pretty fast. While facing connection issue, try restarting the iPhone as well as turn off and on Bluetooth. Update the phones software. Remove the saved device and add them again. Try turning on Airplane mode and then off and try using Bluetooth again.

For the rapid battery drain, try to use only the provided cable.

Random app crashes and freeze have been occurred to many users. It may be while you are on call, or making some Settings change, etc. This app crash and freeze issue could be fixed by even factory resets by the users. So first thing, if not already done, is to update iPhone 7 to iOS 10.3.2. But in case the random crash problems started after you installed a n update, then maybe you could roll back and try installing it again. Well there is one thing that worked for some users is to open Settings and go to Contacts and then to Accounts. Then to Exchange Account and then toggle and turn off Contacts slider.

You might have found that a low hissing comes from the back of iPhone 7 and this issue has been reported by many users so far. The hissing sound comes from near the Apple logo and it is more especially more so when the iPhone is doing some heavy task like playing games or heavy apps. Well this is probably related to the processor. So there is no fix for this so far. You will find the hissing sound in most of the smartphones while some high processing task is running. But if the sound is too much to bother you and coming even when no heavy are running, you may contact the support team.

This has been a common problem and a lot of people have complained about it. Try to turn restart your iPhone and see if it helps and also clean the speaker. Then try the following solution.

How to Fix 3D Touch Not Working Issue

The 3D Touch feature makes use of apps much easier. It is one of the main features of iPhone 7 and iPhone 7 Plus. Many users have problems in using the 3D Touch feature and for some, it has reportedly stopped working. Make sure that the issue is not because of a newly screen protector. So the basic thing to do first is to reboot the phone and see if it works. If not, then go ahead try the following.

How to Fix Poor Battery Life in iPhone 7

iPhone 7 has got larger battery with A10 Fusion chip. So it is much better than iPhone 6. But for some users faced poor battery life. The battery drain is rather fast and more so after iOS 10.2 update. These iPhone 7 problems are fixed in the update iOS 10.3.2. Apart from that, there may be some apps which consume more battery. Try finding those apps from Settings > Battery Usage > Battery and update or uninstall them.

Open Settings and go to Battery. Then turn on the Low Power Mode. But make note that it will increase battery backup but turn off some of the features.

One more common iPhone 7 problems. The phone doesn’t give any feedback that 3D Touch was used. Reboot your phone and check whether the haptic feedback starts working. Try the following fix.

How to Fix Touch ID Stopped Working in iPhone 7 Problems

Well the Touch ID may stop working sometimes. But before you start worrying, make sure that the sensor as well as your finger is clean. So you can rule out dirt or dust being one of the reasons for the issue. Next try to update your iPhone software and reboot and see if it makes any difference. Last that you can do on your end is to delete any previously saved fingerprints and do a fresh addition again. If nothing works, well you have to get in touch with Apple Support.

How to Fix iPhone 7 Overheating Issue

While using apps which need more processing, smartphones do get hot. The heat can be quite uncomfortable to keep you from using your smartphone. With iPhone 7 too, some users find that it gets hot. This maybe while playing, watching heavy resolution videos, or live streaming. While a little warming up is normal for smartphones in such scenarios but if is beyond that, you got to do something about it. Let’s see what we can do.

Find out your iPhone overheating occurs only for certain app. You can also check whether certain apps keep running in the background, or if any app update led to the start of the overheating issue. It is best to uninstall such apps.

Try reset iPhone. If even after this, the phone still heats up uncomfortably, contact Apple support immediately. It could be an issue with your handset or they can fix the issue for you.

How to Fix iPhone 7 No Service Issue

iPhone 7 No Service issue occurs when you turn off the Airplane mode. Once you turn it off, your phone is not able to catch the cellular network and so a ‘No Service’ is shown. Update your iOS and see if it fixed. Meanwhile, you give a try to the below mentioned solution.

Reboot your iPhone. This usually helps as once the iPhone restarts, it tries to connect to cellular network afresh. You can also try to remove and re-insert the SIM card and check.