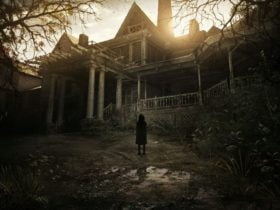 Assassin’s Creed 2017 is almost upon us and we don’t know much about it. We know it’s based in Egypt and that it’s open world and has Skyrim-like quests. We also now know the name of the game because of Reddit.

The latest Assassin’s Creed will be called Assassin’s Creed: Origins. The Reddit post also showed us a very crude screenshot of the game, but it does look like -possibly- the river Nile and an Assassin on top of a boat. This game is pretty much a secret for now. There hasn’t been a lot of revelations by Ubisoft for the upcoming game and it seems likely to remain like that until E3 2017.

Looking back at Assassin’s Creed: Syndicate, we saw a great deal of the fan base getting disappointed by the linearity of the game, boring and repetitive missions and a very slow plot progression even though the game was fantastic in many ways. It wasn’t on-par with the previous installments.

To say there isn’t much of a choice by developers when you are pushing out games every year and also to make it on-par with gamers’ expectations. But, since the developers took a break in 2016 and didn’t show off any new games, we can assume that this time, Assassin’s Creed: Origins may very well be a beast.

A few things which are, at this point, a requirement. One, a perfectly optimized PC port and two, a lack of glitches. Unity was one of the most broken games for both the PC and the consoles. And it caused the game which had amazing graphics and gameplay to turn into a nightmare.

It’s crucial to see a smooth experience for both platforms and it’s even more important to bring back the player base which had been lost over the years. For more updates, stay tuned.